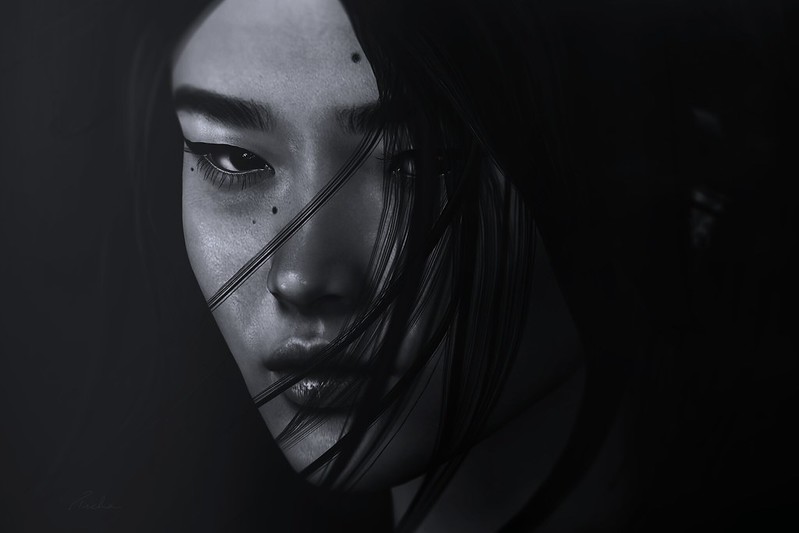 Apple often calls me "Ice queen bitch". It makes me laugh a lot. I can 't count how many times she joked around calling me like that. But she is right ! At first, I am often cold, distant... In short, I keep walls up. Rares are the ones I talk to, rares are the ones I let enter my safety zone.

There's always a reason behind.

In any kind of universe, might be virtual or not, I have often been disappointed with people. That's why I don't get involved with many. Why should I if I know that it will be always like that ? So I let my pragmatic side talks, I stay rational, in the end, it benefits everybody. That way, everything is easier.

I spent the past year surrounded only by few persons.

I call them, Mad scientist, Drama queen, Pervy kiddo and Psycho. For most of the people, they would think it's mean to call them like that. However, they know how much I care for them, how much I love them. No matter the nicknames, they know there is no malice behind those names, we trust each other, no matter if we argue, we can swallow our pride and admit when we are wrong.

To be honest, I am far from being perfect.

I have a bunch of flaws, and I am well aware of those, maybe too much though. I often joke about them. I don't mind ridicule myself. Even if I am no good in socialisation, our relationships are based on trust, based on understandings, based on reciprocity, on sincerity. When I had to face many harships, I could see them stretching their hands to me, offering me a place where I could find peace of mind, even if I felt like drowning in my turmoils.

My bigger weakness is my emotions.

I can't control them. I don't even understand them either. The truth is, I only understand my anger. Maybe because it's the only one that makes sense to me. When I was a child, only fear and anger were expressed, it sounds like I was a savage. Maybe I was. I am used to feel my anger. But I don't only feel that ! With time I had to learn how to deal with the others and there are a lot. I have to admit that it has been very complicated to me.

I always wanted to be good.

I hate hurting people. I never do it on purpose. In the meantime, it's impossible to not hurt anybody. People usually misunderstand me, they jump on conclusions, put me in a certain box and make presumptions. What if I tell that 90% of the time they are wrong ? It's true. Sometimes it becomes scary for me. Because it gives me a bad image of myself, because it makes me doubt on how I should be, on how I should behave, maybe the way I expressed myself mislead them...etc...

What is acceptable ? What are the boundaries ? Anyway my emotions will ruin everything...

Life is not white neither black, there are nuances.

I often say it but I don't know how to keep myself in the middle. I always swing between the extreme opposites. People are used of standards, used to see profiles easily arranged in boxes. Where should I put myself then ? I am easy going but complicated, cheerful but sarcastic, as much as I can be sweet, I am also cruel.

Does that mean I am good nor bad ?