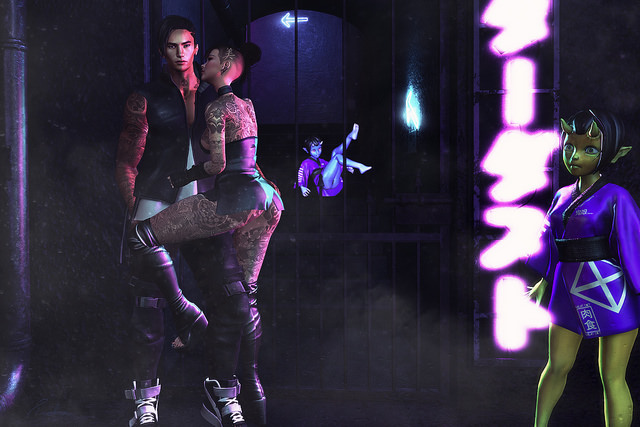 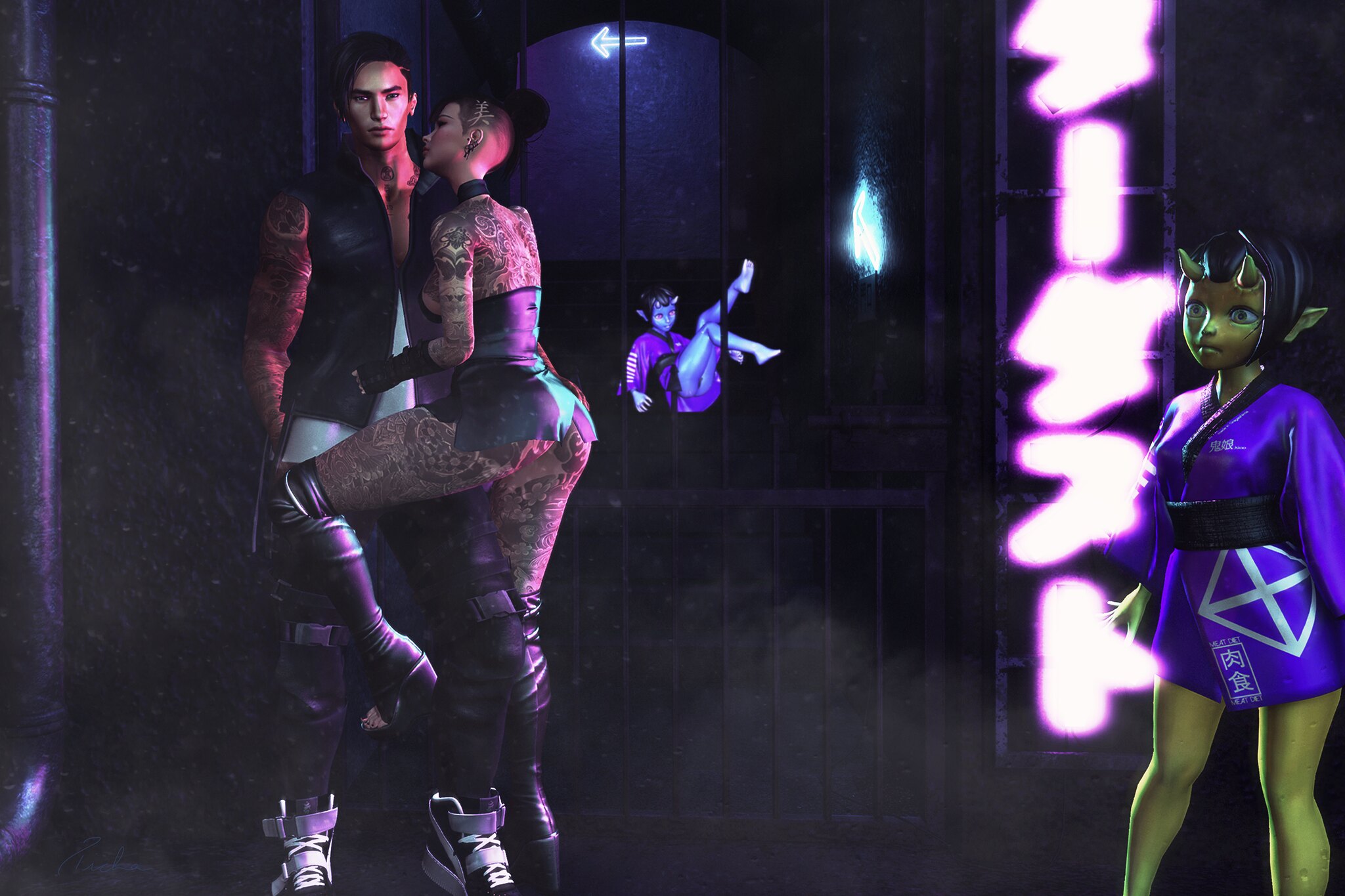 Last photo dealing with the Neo-Japan contest, this time more focused on the modern Yakuza side. I asked Nix to play the bad boy and that's how it looks! A dark and yet bright alley, neon lights, tattoos, dolls, what do I say? Devils! A guardian, a tough guy, a real guy, a tattooed guy! And by his side, a woman courting him, coveting him, desiring him! An atmosphere, hot and cold, contrasts marked, where the old is replaced by the modern, only these devils would be a nod to Ayakashis, part of traditional Japanese folklore.

And if Japan today is a paradox?

And if finally, Japan would be only the result of a modernism pushed to its extreme mingled with a traditional culture firmly rooted in its people? A delightful cultural shock that could seduce more than one, hence its popularity through manga or audio-visual support. This culture, although strange to many Westerners, is being put in the spotlight, influencing the youth for more than 25 years now, and this for our greatest happiness, even if finally it remains elusive for many of us.

Ce que je porte sur la photo/ What I am wearing on the pic: