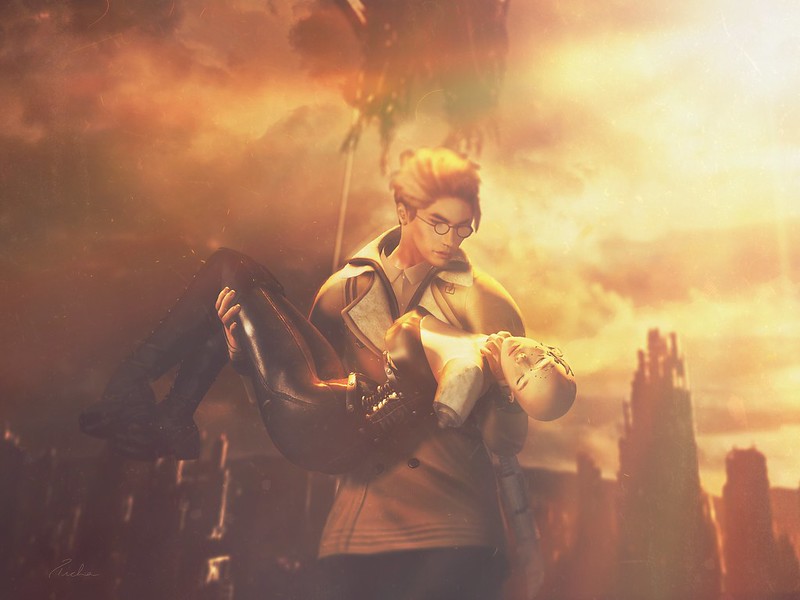 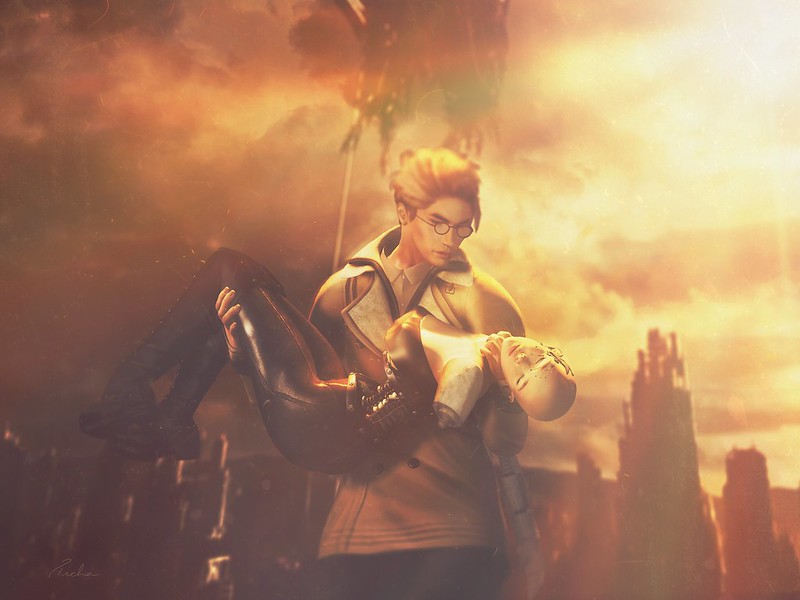 My picture is inspired by a manga I have read when I was teenager. It was the first collection I bought entirely on my own and I can't tell how much I loved it.

This manga is: Gunnm!

A movie inspired by it have been released and I have to admit that it's not badly done. James Cameron made a very good work on it. I wish it would be more like the manga, but in that way it wouldn't have been for all kind of audience. Because it's violent ! I almost forgot to say which movie I am talking about, it's: Alita.

Alita is the english name of Gally, I don't know why they changed the name though.

So this picture tells the meeting between Ido and Gally. How could I not think about this manga with the torso Wicca made? It was totally impossible! That's why, I plan to make another one on the theme, but this time, it will be focused only on Gally.

After all, she's the heroin.

What I am wearing on the pic:

When Mainframe will close its doors, you will find the Torso at Wicca's Originals Mainstore.