I am a vampire 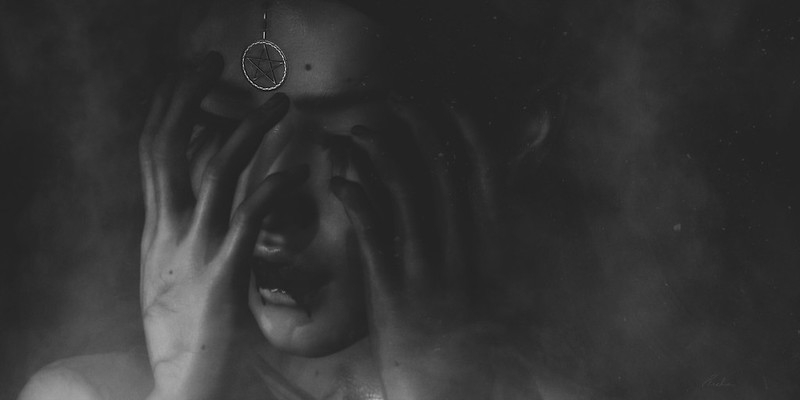 This picture was inspired by the song you are actually listenning to. Falling in Reverse revamped this song, and to be honest, as I didn't like the original version I was affraid to listen to this one. However it turned out to be a masterpiece.

It was really surprising for me.

I was not fan of their work but the revamped versions caught my attention. And I found them tragic, dramatic, gorgeous. On those versions, it's full of emotions, rich and the video clips brings also another dimension to their songs.

My picture doesn't follow the story itself but the feelings.

To me, it sounds like the protagonist doesn't accept his condition, blaming himself for everything, lost in misunderstanding himself. Indeed he is chained to a cruel fate, and it's only by sacrifying himself that he found a reason to his nature.

This photo is definitely not a good tribute.

To me, even though words say something, even though he interprets things in a certain way, I hear something else. What I hear is pain, is fear... So in my mind, he is screaming: " Why am I like that? Why can't I be like anyone else? Why am I born as a monster? As I am a monster, then I rather die as I really am."

Ce que je porte/ What I am wearing:

When The Warehouse Sale will close its doors, you will find the Bindi at Wicca's Originals Mainstore